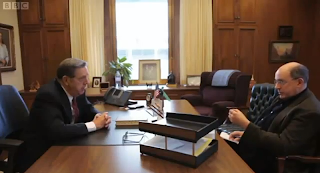 In March of 2012 the BBC aired a documentary about Mitt Romney titled "The Mormon Candidate."  The film included an interview conducted by BBC's John Sweeney with  Mormon Apostle Jeffrey Holland.

During that interview Elder Holland was told there is a "massive gap" between what former Mormons say about the faith and what Elder Holland says.

Elder Holland responded that "we ought to all get together.  That would help." You can view his offer at about 5:00 into this video.

We're openly posting this Blog to kindly ask that you demonstrate you are a man of your word.  We are a group of former Mormons and extended family willing to get together with you at a time and place you announce and have the meeting moderated by responsible members of the media.
Posted by Ex-Mormon at 5:15 PM 60 comments: